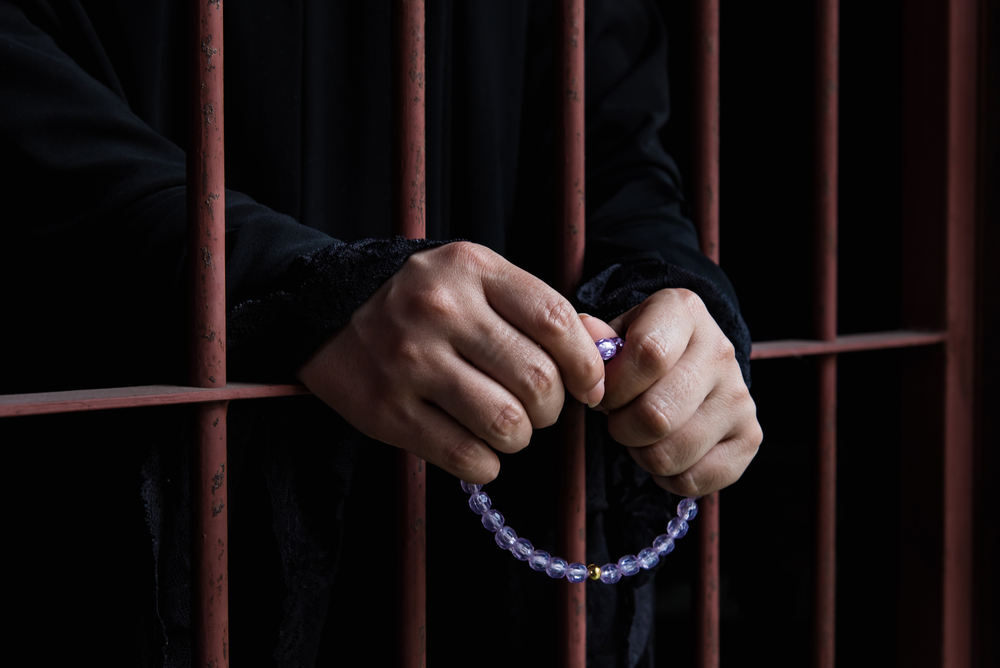 In theory, the line between mental illness and spiritual needs is clear; however, not many things are clear in a prison setting. As a Muslim chaplain in the Connecticut Department of Corrections (DOC), I am faced with inmates that have clear mental health needs. Fortunately, inmates with mental health issues are often identified by the mental health departments in all the facilities in CT prisons and jails [1]. It is fair to say that most inmates suffer from different forms of depression, anxiety, despair or other mental disorders partly due to the setting they find themselves in. A prison, by definition, is filled with danger and conflict. Confinement in a small place for up to 22 hours a day can have serious effects on an inmate’s psyche.

“Confinement in a small place for up to 22 hours a day can have serious effects on an inmate’s psyche.”

So when a Muslim inmate comes to me seeking guidance and advice from his spiritual advisor, I am often aware of his state of mind as he walks into my office. Depending on the inmate, this could range from a spiritual or juristic matter to purely a mental health issue. Needless to say, the majority of the cases are somewhere between these two poles.

With respect to one pole, an inmate comes to mind – a learned Muslim with a brain injury and resulting metal plate covering part of his skull.  He is both passionate and funny and he worked as a clown before incarceration. Due to his brain injury, he had a severe problem living in a cell with others. He repeatedly requested single cell status from the prison administration but was denied every time. He started threatening, “I will do whatever it takes,” to get a single cell. Unfortunately, several months later he fulfilled his promise and attacked his “celly” [2]. The attack was vicious and he inflicted serious facial injuries that disfigured his victim.

I was choked and angry. I visited him once after the incident while he was in the Restricted Housing Unit (RHU), the prison within a prison. He was then shipped out to Northern Prison, CT – the only Super-Max facility in the state. Throughout this whole incident, I had just one question for him: WHY? He responded, with a mixture of shame and defiance, that he was left with no choice.

This incident caused a major rift in the Muslim community in that prison. The elders of the community split into two camps. The first denounced the inmate and declared him non-Muslim due to the nature of his action, a sin. The other camp saw him as mentally ill and felt he was not responsible for his sin. Discussions ensued between the elders and I regarding what we and I could have and should have done – a conversation that sometimes knows no end.  However, the inmate did eventually gain single cell status.

With respect to the other pole, a recent development in my current assignment comes to mind. Two decades ago, a kidnaping and robbery went wrong and a man shot the hostage in the back of the head with a shotgun, killing her. The boyfriend of the victim was overwhelmed with rage. This was not normal temporary anger, but life and character altering rage. Moving forward to this year, I came to a facility where both of these two men are housed – the boyfriend and the gunman. They converted to Islam many years ago. The gunman became a learned Muslim.  He learned Arabic, memorized a significant amount of Qu’ran, and is acknowledged as a source of Islamic knowledge for his fellow inmates. He is soft spoken and displays high degree of piety and gentleness. The other inmate, the boyfriend, seriously practices Islam and is well respected and feared among the Muslim community and the general population in prison.

One day, the boyfriend passed me a note asking to hold a meeting in my office with me, the gunman, and a third inmate as a witness. At the time of this request, I had no knowledge of the history linking these two men and so I held the meeting. The boyfriend told the gunman that he has been filled with rage and a longing for retribution for years. He admitted that he committed a felony for the sole purpose of coming to prison to kill him. I found myself in a very unfamiliar position, watching one man tell the other that he dedicated the last two decades of his life to ending another’s life. The gunman sat quiet, nervously listening. Then, the boyfriend’s tone changed. He started talking about the teaching of Islam that he has received in prison. He said he has reach a point with his relationship with God where he is desperate for God’s forgiveness. He quoted a statement he often hears: “What would you do to not be afraid or sad when you are standing in front of your Lord on the Day of Judgment?” The boyfriend said he has finally gotten rid of the anger and need for revenge. He said to the gunman, “You are my brother in Islam and I want you to know that I forgive you.”

“I found myself in a very unfamiliar position, watching one man tell the other that he dedicated the last two decades of his life to ending another’s life.”

These are among many cases and stories that I have encountered in my six years as a chaplain.  They display the intersection of religious and mental health issues among Muslim inmates. Through my experience, I am comfortable dealing with most Islamic and spiritual issues. However I, and all the Muslim chaplains who serve with me in the DOC, are ill-equipped to handle Muslim inmates with serious mental health issues.  This highlights the need for Muslim chaplains to be further trained in the field of mental health.

An outside observer will comment that chaplains are not consolers or mental health professionals, therefore there is no need for them to have training in the field of mental health. On the surface, this may be a valid statement. Islam, like Judaism, is not only a religion of worship, it is a way of life. As such, Muslim mental health is intertwined with several aspects of the life of a Muslim. Mental health professionals who do not understand this complex relationship between Islamic life and mental health in the lives of their Muslim inmate patients inevitably leave a gap in their ability to provide for these inmates. A well-trained Islamic chaplain can be helpful in filling these gaps.

As a Muslim, I genuinely believe that religion and in particular, the servant relationship to his Lord, has a profound impact on the Muslim’s psyche. The Qur’an (13:28) says:

My experience in working with mental health professionals within the DOC has been positive. This was built on establishing good relationships with such professionals. At Cheshire Correctional Institution (CCI), where I spent the bulk of my years with the DOC, I met with the mental health staff daily [4]. The cases and status of inmates with mental health issues were shared in these meetings. On occasion, we discussed specific cases where the chaplains were needed to intervene. I have not had the opportunity to experience this level of multidisciplinary collaborative communication and care in any other facility I have served in since.

Prison chaplaincy is unique among other forms of chaplaincy. We spend potentially decades with the same inmates; we work in highly charged work environments. The potential of harm and chaos is ever present; negativity is ever present.  Well-being is rare among DOC workers, and chaplains are not exempt. Many chaplains suffer psychological problems directly related to their professions according to recent research by the American Correctional Chaplains Association (ACCA). Thus, chaplains need not only recognize the signs of distress among their inmates, they may need to recognize it in themselves as well.

Mental health is a complex issue on its own, add incarceration and Islam in America, and the level of complexity will increase significantly. Muslim Prison Chaplains play an important role in mitigating some of these intricate issues facing Muslim inmates in American jails and prisons. Thus, there is a clear need for more training for chaplains in mental health.

Note: All opinions expressed in this article are that of the author and not of the CT Department of Corrections. The author speaks from personal experience and conveys his personal opinions.

[2] Celly is a prison term frequently used to indicate a cell-mate.

[4] This was part of management meeting held by the warden every morning. 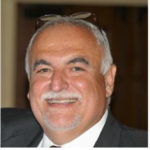 Imam Dr. Sami Shamma is a chaplain at CT Department of Corrections as well as professor of Qur’anic Arabic at several seminaries and universities. He teaches Islamic Law, Islamic public speaking, and ministry to the incarcerated.