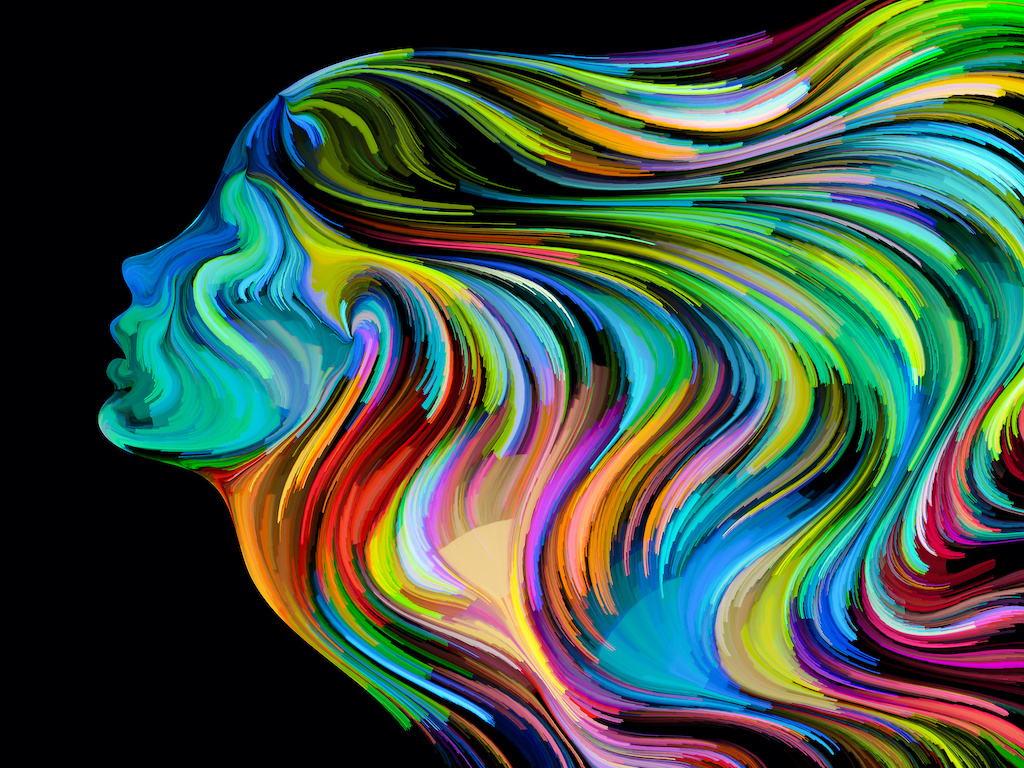 “What many Muslims often find surprising is that young Muslim adults are engaging in sexual activities before they are married, and this too without receiving adequate sexual health knowledge.”

The relationship between sexual health and mental health is not always obvious and not often spoken about. However, our experiences with sex, our sexualities, and social prescriptions for sexual behaviour can have a profound influence our mental health, and so those working in mental health care with Muslim clients need to pay attention to the research, however limited it is, on the sexual health of Muslims. When an infographic from my own doctoral research was released a few years ago, revealing that two-thirds of sexually experienced heterosexual respondents, men and women, have had sex before marriage, the online response from many Muslims was a mix of shock, anger, and disbelief (1). “The study must be flawed,” some said. Others lamented what they believed to be a lack of morals among young Muslims. Although some others expressed that this was no surprise at all as it seemed, to them, obvious that Muslims have sex and engage in sexual relations  before marriage, from the general responses suggested that as a Muslim community we may be unaware of the sexual realities of young Muslim adults. What many Muslims often find surprising is that young Muslim adults are engaging in sexual activities before they are married, and this too without receiving adequate sexual health knowledge. From a young age, practicing Muslims are taught, either implicitly or explicitly, that sexual activities are meant to occur within the confines of a heterosexual marriage. Other options are rarely presented or tolerated. As a result many young Muslim adults engage in sexual activities secretly, not comfortable seeking guidance or advice related to their sexual health, and placing their health at risk both physically and psychologically.

A recent review of the very limited research on the sexuality and sexual health of young Muslims in Canada and other Western countries provided insights into what we currently know about the sexual health needs of young Muslims (2). So what does that review of the literature tell us? First, the research shows that young Muslims have inadequate sexual health knowledge when compared to non-Muslims living in the same context. Although they find the sexual health education they receive from schools informative, they do not find it culturally or religiously appropriate or sensitive, and many express a preference for sexual health education which is sensitive to their culture and Islam, as well as evidence-based as religiosity is an important factor in attitudes regarding sex and sexuality (2, 3). Many demonstrated a strong desire information and knowledge about STIs, pregnancy and birth control, preferring to get this information both at school and in the community, and well before they become sexually active, not just before they get married. Young Muslims are also not getting sexual health education at home because they are speaking about issues of sexuality with their non-Muslim peers more so than with their parents (2). In other words, many young Muslims may be ill-prepared to navigate sexual situations, putting them at greater risk for sexual vulnerability (e.g., being sexually coerced or engaging in unprotected sex when protection should be used) thereby increasing their chances of experiencing psychological distress as a result.

“Many young Muslims believe that one must wait until marriage to engage in sexual activity, while recognizing that this proscription is much more strictly enforced for women than men.”

Second, the review demonstrated that young Muslims’ perspectives on sexuality and sexual practices are shaped by complex social and contextual factors such as gender, religiosity, and migration history. Many young Muslims believe that one must wait until marriage to engage in sexual activity, while recognizing that this proscription is much more strictly enforced for women than men. Indeed, the review also found double standards with regard to sexual behaviours of men and women, such that women faced greater restrictions on their sexual behaviours while sexual promiscuity for men was allowed. In addition, those who identify as more religious are more likely to believe that sex before marriage is a sin, while those who identify as moderately religious or less religious believe that consensual sex is a sexual right and personal choice. My own research demonstrated that feelings of sexual guilt and sexual anxiety were strongly predicted by high levels of conservative religiosity while those with low levels of conservative religiosity also had low levels of sexual guilt and anxiety (3). The review of the literature found that those who strongly identified with Canadian or other Western culture in which they lived, had an earlier age of sexual debut, though Muslim women debuted later than Muslim men (2). It is clear that religious and cultural factors influence young Muslims sexual attitudes, feelings, and experiences, however the impact on mental health is unclear. The literature suggests that higher levels of sexual guilt and anxiety are related to poorer mental health and relationship outcomes, but this relationship still needs to be explored in Muslims (4-6).

Third, the review found that young Muslims received contradictory gendered messages about sexuality, relationships, and sexual health, which resulted in gendered sexual practices. The majority of studies focused on heterosexual relationships, with only one study exploring the experiences of gay Muslim men. The authors suggest that the heteronormative discourses found in the research, in which heterosexual Muslim participants often conceptualized queerness as ‘abnormal’ may make it difficult for queer Muslims to navigate their own sexual and cultural identities..  Young Muslims also face numerous risks including sexually transmitted infections (STIs) and unplanned pregnancy due to lack of protection, psychosocial risks such as conflicts with family over a clash of cultural values, stresses of navigating cultural and religious communities with different values, and young Muslim women experiencing stigmatization for discussing issues of sex with their partners (2). The review of the literature suggests the presence of mental health consequences for queer Muslims who find their sexualities and sexual realities stigmatized, as well as for some Muslim women who could face shaming and defamation for engaging in sexual activities outside of a heterosexual marriage.

“As Muslim mental health professionals, it is therefore important to create an environment free of judgment and not introduce personal values when working with Muslim clients.”

For Muslim mental health professionals it is important to recognize the role that sex, sexuality, and sexual health plays in the psychological health of their clients. There are a few lessons which may be applicable from the limited research.

Second, many young Muslims are engaging in sexual activities before marriage. The fear of being judged by other Muslims often means they hesitate to seek out information on sexual health matters. As Muslim mental health professionals, it is therefore important to create an environment free of judgment and not introduce personal values when working with Muslim clients. In my current research, I am exploring the ways in which Muslims view their sexual selves. Although currently in progress, some of my findings suggest that the messages young women receive surrounding their own sexualities – messages which encourage young women to be ashamed of their bodies, to hide their bodies, to not acknowledge their own sexuality – may be harming their mental health such that sex and sexuality causes them anxiety.  Therefore it is important to create an environment that allows Muslim clients to feel safe and disclose questions and concerns about their sexuality and sexual behaviours without fear of judgment or preaching. Unless clients ask to include an Islamic perspective, it is important to keep religious beliefs out of the conversation. Also, mental health providers can familiarize themselves with more progressive Islamic views on sex and sexuality, such as those created by HEART. Even if you do not agree, your clients need to be aware that such understandings exist. Allow them the option of exploring those interpretations and views on their own, if they wish.

“Although the relationship between sexual health and mental health is not always apparent, there is no doubt, from the research, that a strong link exists.”

The literature on the sexual health of Muslims is scarce, both within North America and outside. Sexual health educators note that culturally and religiously sensitive sexual health educational resources are difficult to create without knowledge of the sexual health realities and lived experiences of Muslims (2). Research needs to be conducted in a variety of areas with a non-judgmental, non-religious lens. Research on topics such as sexual self-images of Muslims, issues of sexual safety and sexual coercion, issues of sexual violence, appropriate and comprehensive sexual health education for Muslim youth, the sexual health of queer Muslims and their unique experiences, healthy sexual relationships, having healthy conversations around sex and sexuality, the experiences of Muslim parents educating their children on these issues, among others needs to be conducted. In addition, there must be an exploration of how systems of oppression (e.g., heteropatriarchy, racism, Islamophobia) impact Muslims’ sexual health, namely, the role of heteronormative patriarchy, in which women, transgender, non-binary, and queer Muslims’ sexual lives, safety, and identities are impacted by patriarchal rules both within and outside Muslim communities, and Islamophobia which often hinders Muslims from seeking help outside the Muslim community.

Although the relationship between sexual health and mental health is not always apparent, there is no doubt, from the research, that a strong link exists. Mental health care providers creating safe sexual spaces for Muslims to share and understand themselves better, and researchers exploring issues of sexuality and sexual health through a caring lens, can be successful in addressing the issue. 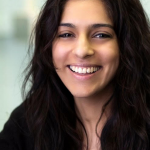 Dr. Sobia Ali-Faisal is a lecturer and researcher in the Department of Psychology at the University of Prince Edward Island on the east coast of Canada. Her research focuses on issues of sexual health and sexual violence prevention among Muslim populations. She uses an Islamic feminist liberation psychology lens, working toward building the knowledge pool of a decolonized psychology of Muslims.