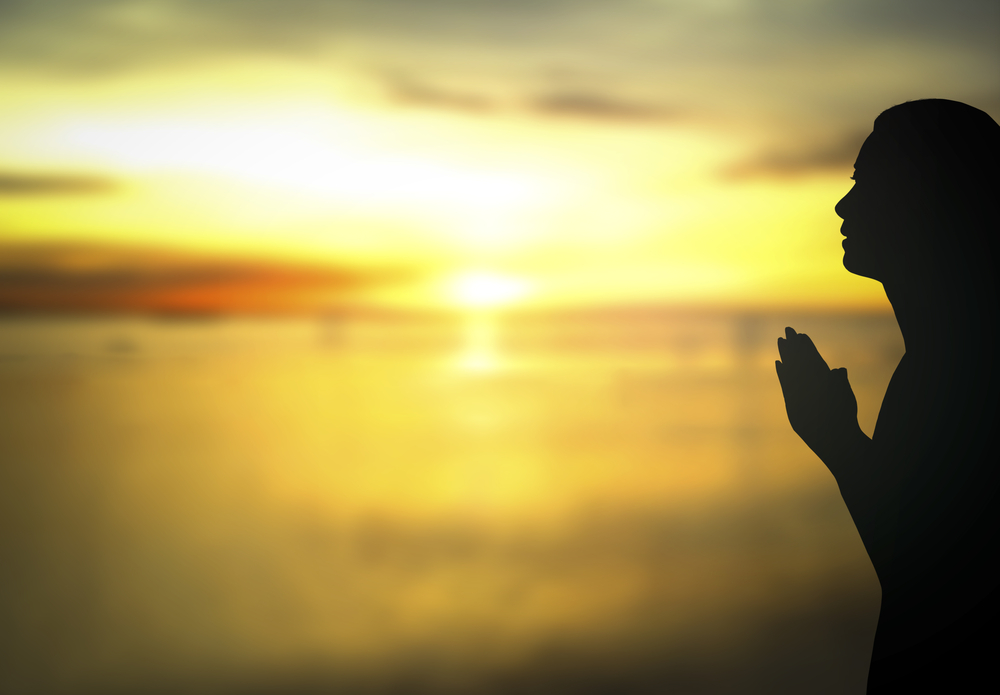 “She manages to escape, grabs her purse and runs out of the house so he can calm down. He chases her and yanks her from the back of her hair.”

Her children stare in fear, as her abuser screams and yells profane words at her, stripping away every bit of her self-respect and dignity. In shock, she attempts to understand what triggered his sudden rage, this time. She musters the courage to blurt, “Oh now what, what now?” He becomes angrier and shoves her in the corner. She glances over at her 4-year-old son’s big and beautiful eyes terrifyingly staring at his father being antagonistic toward his mom. She begs him, “Please not in front of the kids.”

She manages to escape, grabs her purse and runs out of the house so he can calm down. He chases her and yanks her from the back of her hair.  Thankfully, with a sigh of relief, she sees a neighbor and silently mutters, “Oh, thank God.” As he lets go of her hair, she runs into her car and he spits in her face with a look of disgust.

She drives off and pulls over in a parking lot, gazing in disbelief.  Her whole body is trembling, she feels scared, confused, and shocked. She silently says to herself, “What did I do that warranted this? I can’t believe this is happening to me. I am his wife. Allah says he is supposed to protect me and to care for me.”

However, she begins to doubt herself, “Maybe I shouldn’t have talked back to him. I should have stayed quiet, he wouldn’t have gotten so upset.” She starts to rationalize and to justify his behavior, “I know he loves me and he treats me well when he is not mad at me.” In the end, she blames herself for not controlling her reaction and for not staying silent. She returns home when everyone is sleeping with her pain visibly painted on her face. She prays before she goes to sleep and cries profusely in prostration saying, “Allah please help me, forgive me if I am wrong, please do not destroy my family and help my husband be better to me.”

In the morning, she splashes water on her face and body in hopes that her pain would wash away. Her tears and shame bleed down her cheeks, as she makes an effort to hide her pain. She makes breakfast with the biggest, sad smile, knowing the concerned eyes of her children are awaiting her.

Her children reach out to comfort her and they quietly whisper, “I love you Mommy.” She squeezes them as tightly as possible, while mumbling “I am okay, don’t worry.” She portrays herself as a resilient and a strong woman. Breakfast made, lunches packed, hugs, kisses and goodbyes shared.

To preserve confidentiality, details of this account have been modified

“Her upbringing allowed her to see abuse in a relationship as something that is normal and to be tolerated.”

This is the story of Sarah, a pseudonym, who is a 35-year-old wife and mother of two. It took six sessions for Sarah to trust me and to share this vivid account. Sarah initially approached me after a presentation I gave at her local masjid about depression and the brain. She said she needed someone to talk to about her depression and anxiety. She said she was having a hard time sleeping and had lost joy or hope in most things.  At the time, I had no idea about Sarah’s abusive relationship. She stated her main treatment goal was to be happier.

In getting to know Sarah’s family history, I learned her mother suffered an abusive relationship with her father. Her upbringing allowed her to see abuse in a relationship as something that is normal and to be tolerated. Thus, her childhood made it even more difficult for her to identify she was in an abusive relationship. However, with this reality unbeknownst to me at the time, Sarah expressed that she kept having vivid childhood memories that she wanted to talk about and thought it might have something to do with her anxiety and depression.

Sarah exhibited many symptoms of post-traumatic stress disorder (PTSD). To make sure, I administered a PTSD structured interview (CAPS-5) and PTSD Checklist for DSM-5, known as the PCL-5, which is a 20-item self-report measure that assesses the 20 Diagnostic Statistical Manual 5 (DSM-5) symptoms of PTSD. Both the structured interview and the self-report measure confirmed Sarah’s PTSD. As a result, treatment began with helping her understand PTSD and its symptoms. A 16-week treatment plan rooted in Cognitive Processing Therapy (CPT) was outlined for her. CPT is a unique type of cognitive behavioral therapy that helps clients become aware of and modify destructive beliefs.

“I sensed that Sarah might be in an abusive relationship because she avoided talking about her marriage and refused to give any relationship details.”

While not all clients of domestic violence have PTSD, Sarah exhibited the 3 main symptoms of PTSD:

In addition to her childhood, I sensed that Sarah might be in an abusive relationship because she avoided talking about her marriage and refused to give any relationship details. She would often use clichés, such as “everyone has issues in their marriage.” She also expressed shame and guilt in discussing any relationship conflicts, she would say, “My mom put up with so much. I have gone through nothing compared to what she has gone through.”

“Sarah learned to recognize extreme all-or-nothing thinking patterns. She was able to start learning the importance of finding the middle ground in her beliefs.”

An important part of therapy was helping Sarah process her beliefs about relationships. Sarah’s childhood allowed her to believe that aggression or abuse is how problems should be dealt with. A few sessions were spent helping Sarah redefine the way she sees relationships. By session nine she was finally able to recognize how her past had programmed her to accept and see abuse as normal. Sarah recognized that her negative beliefs and destructive values formed in childhood were now sabotaging her life, also known as cognitive distortions. For instance, one cognitive distortion Sarah held was, “Allah will reward a woman if she tolerates and does not complain about her husband no matter what he does.”

Furthermore, Sarah learned to recognize extreme all-or-nothing thinking patterns. She was able to start learning the importance of finding the middle ground in her beliefs. For instance, instead of “All people cannot be trusted,” a healthier thinking pattern was, “Some people can be trusted and won’t hurt me, but occasionally some people are not trustworthy and can be harmful.” Treatment also helped Sarah learn some tools to strengthen her self-esteem and to help her regulate her emotions. She learned to calm her mind and to avoid responding aggressively or passively in threatening situations; instead she practiced how to respond more assertively. Although Sarah eventually recognized she was in an abusive relationship, she did not get divorced. She focused on learning how to be stronger and how to not react to his abusive behavior. In case her husband became abusive again, she created a safety plan for herself and her kids. Sarah mandated that she and her husband get marital counseling. Her husband also agreed to anger management counseling. Sarah benefited significantly from seeking therapy. After 26 weeks of treatment, she felt stronger, more secure, and defined clear boundaries of what she would and would not accept for herself.

“Treating a client who is a victim of domestic violence is never a one-size-fits-all situation.”

Often, the assumption is that when a woman gets help for experiencing domestic abuse, she is either divorced or will want to get divorced. The truth is that more often than not, a woman who experiences domestic violence does not want to leave the marriage because of the possible consequences (public shame and losing her kids, financial support, and a roof over her head). Often, she chooses to stay in the marriage. The fear of these losses should not force a woman to want to stay in an abusive relationship. At the same time, a therapist needs to be cautious in imposing decisions on a client that he or she is not psychologically, emotionally, or financially ready for.

Treating a client who is a victim of domestic violence is never a one-size-fits-all situation. Helping a client work through domestic violence issues is a complex task. The therapeutic sessions will often entail working on multiple issues, such as trauma from the abuse, anxiety, insecurities, cultural shame, and concern about finances or living situation. More often than not, the client will come in for another issue that masks the domestic violence trauma. Once a trusted and safe therapeutic environment is established, the client will open up about the abuse. However, I have learned the hard way to not rush the process because the client will get scared and avoid talking about their abuse by no longer coming to sessions.

“A therapist can sometimes, unintentionally, do more harm than good if not properly trained on the complexity and the different layers of domestic abuse.”

Furthermore, the impact from client to client will differ because of both the duration and the different types of abuse (physical, verbal, emotional, and spiritual). A therapist can sometimes, unintentionally, do more harm than good if not properly trained on the complexity and the different layers of domestic abuse. In my experience working with An-Nisa Center and helping to launch Sakina Center, a non-profit Muslim mental health center in Houston, I have learned that in addition to the emotional or physical abuse in these relationships, there is a lot of spiritual abuse. Many Muslim husbands scare their wives that they cannot leave because Allah will curse them for breaking up their family. They may even misrepresent and preach hadith to support their controlling tactics, such as, “If I were to command anyone to make prostration before another I would command women to prostrate themselves before their husbands, because of the special right over them given to husbands by Allah.(1).” A therapist’s failure to understand spiritual abuse can hinder treatment progression. Mental health professionals who plan on working with domestic abuse clients would benefit from taking a specialized workshop that engages the multiple layers of domestic violence. The more knowledge and exposure a therapist has about domestic abuse, the more skilled the practitioner will be in handling the client’s multifaceted issues.

As for the story of Sarah, she continues to work on her self-esteem and plans on returning to school to finish her degree. Sarah now knows that if she does not value herself, she cannot expect others to value her. 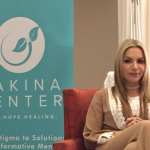 Dr. Ketam Hamdan holds a Ph.D. in Psychology and is a licensed therapist. She also holds a Masters in Theological Studies in religion and psychology from Harvard University, as well as a Master’s of Science from Columbia University.

Recently, Dr. Hamdan helped launch Sakina Center, a non-profit Muslim mental health center in the Houston Community. She continuously gives mental health presentations on a variety of topics and leads development workshops. She specializes in transformative self-development and in relationships. She is a clinically certified Imago Therapist, developed by Harville Hendrix, author of the best-selling book, Getting the Love You Want, as seen on Oprah. As well as a Gottman trained therapist. Dr. Hamdan does not see educating and helping people as a profession, she sees it as her life work.

Posted in Practitioner Reflections, Spiritually Integrated
← JMMH Sneak Peek: The Cultural Context of Intimate Partner ViolenceI Am Your Sheikh, Not Your Psychiatrist →