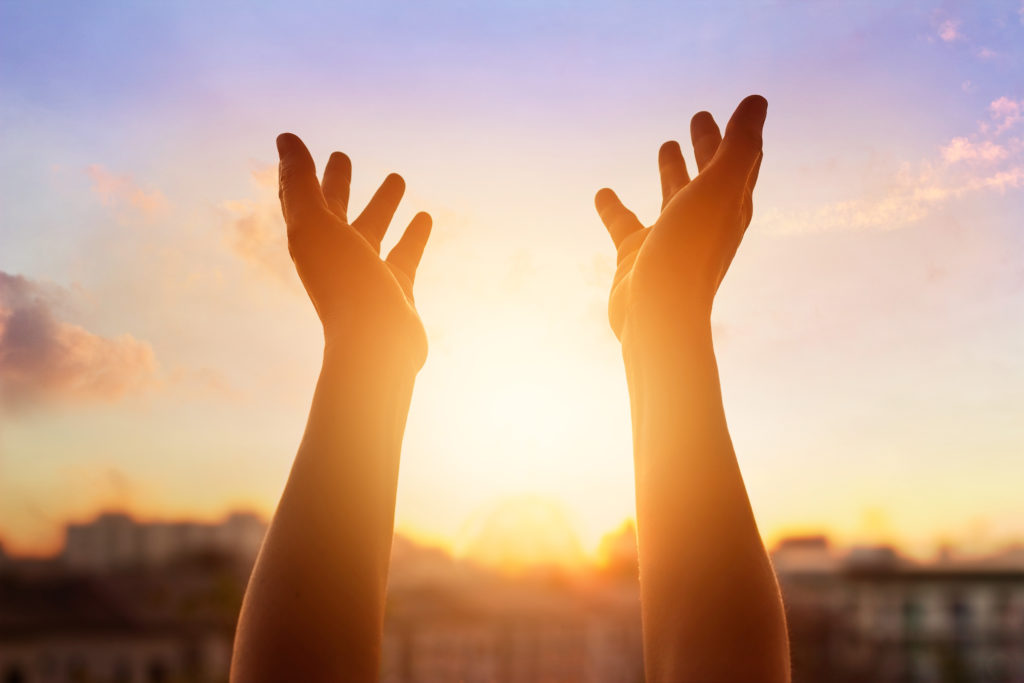 I hadn’t seen her in a few months.  She admitted she had run out of her medication, and had taken a few impulsive and extravagant trips to Florida and Las Vegas, where she ‘let herself go’ and relived the party life she had given up only a year before.  My patient had a long history of cocaine and alcohol use, irritability, impulsivity, and most likely bipolar disorder. She was adamant that she had maintained sobriety from her drug of choice: cocaine. But that didn’t mean she didn’t crave it, especially when off her meds:  “I love the stuff, but I know I have to stay away. And I did.” During the few months I’ve cared for her, she’s always been unabashedly candid, which was refreshing. And I was happy she knew I wasn’t there to judge her choices or her past. I was fascinated when she admitted how much she missed the high, while also appreciating how hard she worked to maintain sobriety.  But on this day, a week before Ramadan, she had an important question for me: “Doc, I know this is kind of weird because we were just talking about crack cocaine, but I’ve been thinking about fasting this year. I’m just not sure how it would work with my meds.” She admitted she had not fasted in at least ten years, since before her downward spiral into a life of high risk behavior and dangerous drug concoctions.  My heart warmed and my eyes suddenly welled to witness this moment – a genuine desire to fulfill the most personal and private tenets of our faith.

We all know that Ramadan is a treasured month. “It is a spiritually intense period of reflection and devotion, whose purpose is to seek guidance and ask for forgiveness, quietly focusing on getting closer to Allah and strengthening bonds of brotherhood (1).”

As Muslim clinicians, we know firsthand the challenges and blessings of Ramadan and fasting. Fasting can be a struggle, even for the healthy individual. But how does fasting and Ramadan affect our patients? From timing medications such as stimulants, to dosing twice daily regimens to help with mood stabilization or depression – sometimes we assume our patients will figure out answers to these complicated questions on their own.   Fasting in Ramadan not only affects the daylight hours but also slumber, with interrupted sleep due to late meal times, late night congregational prayers, and pre-dawn meals, especially in the summer months. Fasting daily from sun up to sun down for an entire month can impact our patients in important ways, such as an inability to take medications during the day, dehydration, and other changes that may trigger an exacerbation of psychological symptoms (2).

Fasting is not just an obligation, but truly a cherished religious act that most Muslims do not give up easily. Not being able to fast takes away from both the spiritual and communal aspects of Ramadan. While Muslims are exempt from fasting for medical reasons such as pregnancy or chronic conditions – mental illness can present on a spectrum, and hang on a delicate balance. One cannot simply come up with a clear-cut recommendation on the safety of fasting.  And while it is well known that Muslims with chronic medical issues are exempt from fasting, it is also known that many of these patients are not likely to follow recommendations and may fast on their own. Even in case of pregnancy, which is a well established exemption, many women will continue to fast. Some patients will not be forthright with their physicians if they have already been instructed not to fast. It is difficult to come up with a ‘one-size-fits-all’ recommendation to discourage fasting based on diagnosis alone as patients vary greatly in their level of functioning and response to medications.  Some patients with a mood disorder, eating disorder, or even schizophrenia may be stabilized prior to the start of the month, but the intensity of Ramadan can possibly trigger or exacerbate symptoms. Individuals vary greatly in terms of diagnosis, efficacy, response to treatment, and overall stability of mood and anxiety before Ramadan. If a patient is in therapy, they can certainly continue treatment during the month. Even if the patient is on medication, many medications can be timed so that they are consumed during hours where eating is allowed. However, this should still be monitored carefully.

There are some conditions and medications, however, that are more sensitive to biological circadian rhythms.  In bipolar disorder in particular, we know that a regulated circadian rhythm with adequate sleep are essential for symptom regulation and mood stability. Additionally, some medications have to be maintained at a specific therapeutic index, namely lithium, a common mood stabilizer used to treat bipolar disorder.  Metabolized primarily through the kidney, lithium is quite sensitive to the level of hydration or excessive sweating. There have been a few studies looking at patients with bipolar disorder and effects of fasting on relapse.  One study in Casablanca examined a sample of 170 patients with stabilized bipolar disorder and found a relapse rate of 33% among fasters, vs a relapse rate of 15% among non-fasters in Ramadan (3). This was after controlling for sleep, caffeine consumption, and serum lithium levels.  The authors concluded that fasting in the month of Ramadan increased the risk of relapse by 2.77 fold. Similar results were demonstrated in a study with a smaller sample size of 20, which found that 45% of patients relapsed despite steady plasma lithium levels (4). In contrast, another study with a sample size of 62 patients found that fasting up to 12 hours per day in Pakistan did not result in elevated lithium levels or a deterioration in mood and mental state.  The authors also concluded that the dehydration state of these patients did not affect lithium levels (5).

Eating disorders in Muslim patients are an important consideration for clinicians, for obvious reasons.  In Turkey, authors of one study noticed an increase of disordered eating patterns in patients, during or shortly after Ramadan.  They concluded that drastic changes in one’s diet and food intake during Ramadan may not only play a significant role in provoking eating disorders in adolescents with a predisposition but may also have a role in accelerating and intensifying eating disorder symptoms (6).  In contrast, another study found that, when compared to individuals not partaking in religious fasting, those who were fasting, did not have increased disordered eating behaviors such as binge eating or vomiting. They also did not have commonly occurring cognitions such as lower body satisfaction and feelings of guilt and shame following food consumption (6).

In light of conflicting data, mental health practitioners must approach the question of fasting on a case by case basis.  We must review the level of functioning and stability of our patients prior to Ramadan. Psychiatrists, psychologists and therapists should work together in educating patients on triggers and signs of worsening mental state.  Practitioners should collaborate with imams for our patients’ comfort as religious clergy can voice support for their congregants who cannot fast due to medical reasons. As a whole, we need to be realistic that patients will not be so quick to give up fasting simply because we have frowned upon it, rather, we should empower and equip them with information and tools they can use during this blessed month.  Lastly, we should always remember ourselves and remind our Muslim patients that truly God is the most merciful, and there are many forms of worship during this month and during the rest of the year, apart from fasting.

When my patient expressed her desire to fast and to partake in this act of worship despite the demons she has battled in the past, I was reminded of the following hadith:

On a clinical level, I collaborated with my patient’s therapist and family, and developed a plan to check in with her throughout the month.  We discussed how to take her twice daily medication, the importance of adequate sleep, and warning signs of mania. However, the most powerful aspect of this particular interaction was the deep sense of humility it seeded in my soul.  As I counseled the patient before me, she reminded me of the importance of constantly improving and striving in our faith, no matter where we are coming from and no matter our past sins. It was a reminder to continue to improve oneself, no matter how religious we appear.  And for that, I felt humbled and fortunate to be part of her spiritual path.

Majid, M and Unus, H. Reflections on the Quran, A Ramadan Reader, Sterling, 2013.

Dr. Saba Maroof is a board certified Child, Adolescent and Adult Psychiatrist working in various outpatient settings in the Metro Detroit Area.  She lectures medical students and residents on a wide variety of topics such as acculturation, treating Muslim patients, and the role of religion and spirituality in mental health. She recently started a podcast called, “Unsung Heroes: Stories to Inspire.”

Posted in Education, Practitioner Reflections, Spiritually Integrated
← Join Us!Understanding Psychotherapy: How to Find the Right Practitioner and Beyond →