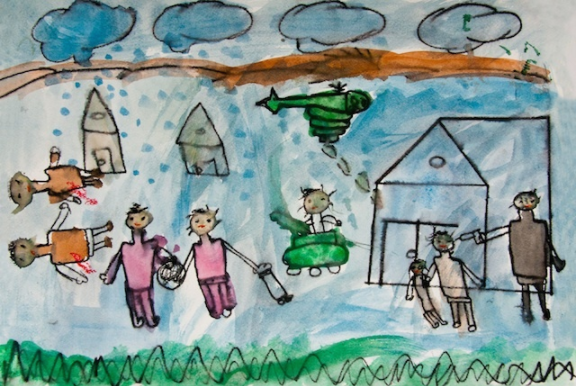 Inevitably, Syrians have endured an enormous psychological toll from years of destruction, displacement, and despair. So much so, that, in recent months, Syrian-American aid workers have deemed ‘human devastation syndrome’ a suitable term to describe the horrors of daily life experienced in Syria. Diagnoses of post-traumatic stress and anxiety disorders understate the hampering effect of the crisis on the emotional health of Syrians. This unconventional syndrome, best used as a metaphor, sums up the unspoken experience of Syrians inside Syria or displaced in surrounding countries.

“The Syrian crisis has produced a dizzying amount of devastating statistics, only to be shunned by the international community –”

Particularly affected are those born in the six years since the beginning of the crisis. According to the British NGO Save the Children’s most recent report titled ‘Invisible Wounds,’ two-thirds of Syrian children have lost a loved one, had their house bombed or shelled, or have been injured during the crisis. Some have left Syria as orphans, some live in unsustainable circumstances within refugee camps, and others remain in the streets – impoverished and at risk of social and developmental delays due to stunted educational, economical, and social opportunities. Those who remain in Syria under bombardment and destruction suffer from intense fear and psychological trauma. Children have been experiencing high levels of involuntary urination and anxiety due to their enduring fear of bombs falling on their homes, schools, and neighborhoods. Some children have difficulty speaking and have developed a stutter in their speech. Chronic forms of distress and anxiety have become the living reality of children inside Syria, aggravated by an absence of the end to their suffering. An account in the report from an aid worker in Idlib states, “The psychology of children has changed – a child is always anticipating an attack now. Children have lost their childhood.”

In the past month, a number of evidence-based reports, including the Save the Children report, illustrate the prolonged effects of the Syrian crisis on the children of Syria. In Save the Children’s report, 70% of Syrian children interviewed experience symptoms of “toxic stress,” another distinct term to describe the effects of prolonged exposure to the terrors of the conflict. 84% of adults and children interviewed said that “ongoing bombing and shelling is the number one cause of psychological stress in children’s daily lives” and that “48% of adults interviewed have seen children who have lost the ability to speak or developed speech impediments since the beginning of the war.” It does not take a professional to realize that these numbers are dangerous and require immediate attention and action on a global level.

UNICEF highlighted the detrimental effects of the war on child mortality in their report ‘Hitting Rock Bottom: How 2016 Became the Worst Year for Syria’s Children” – with 652 children killed in 2016 alone. The vulnerabilities of young children have been exacerbated as families force their children into child labor, early marriage, and child recruitment as a means of survival. The need for adequate mental health and psychosocial support is paramount for both adults and children exposed to such risk.

The former UNICEF Deputy Representative for Syria recounted her trip to Madaya, Syria:

“The prolonged siege of Madaya is pushing people to the brink – some seeing death as the only way out. A mother of five who felt she could no longer feed and care for her children; a 21-year-old newlywed who had lost her husband in the war and couldn’t find the strength to continue alone; a 16-year-old girl who could not see a future for herself. All of them tried to take their own lives – a last resort –an escape from their daily horror. Coping mechanisms of people are eroding.” (Mirna Yacoub/UNICEF)

Relief organizations based in Syria and surrounding countries have harnessed their collective funds and resources to incorporate mental health, psychosocial support, and protection-related interventions as significant components to their overall Syria response. However, the humanitarian access is limited, the scale of the conflict devastating, and the need is overwhelming – and will remain for the next decade or two that it will take to rebuild the Syrian psyche. A psychiatrist who volunteers with the Syrian American Medical Society explained that “We try to fill the gaps…but all the relief organizations – we’re just putting a Band-Aid on the wound.”

The number of reports produced by UNICEF and Save the Children are good examples of how research can be translated into practice – producing hard numbers to pressure governments and world leaders to step in and change the dire outcomes predicted for Syria’s children. But are numbers enough? The Syrian crisis has produced a dizzying amount of devastating statistics, only to be shunned by the international community – mostly out of shame, disbelief, and a lack of ability to influence political will. In this realm, the importance of the right to mental health and well-being for all becomes not solely the responsibility of local governments or just that of a humanitarian responder, but our responsibility as humans to take a stance for a change of policy, of global governance, and holding perpetrators accountable for their actions. With the newfound visibility of these wounds in hand, we can give every reason as to why this war should end, before it ends at the expense of generations of Syrian children.

And it does not stop at children. Parents, grandparents, adolescents, and adults can all be in need of psychological help. What else can be done? Here are a number of organizations working solely on protecting children in Syria and providing psychosocial support services to displaced Syrians around the world: 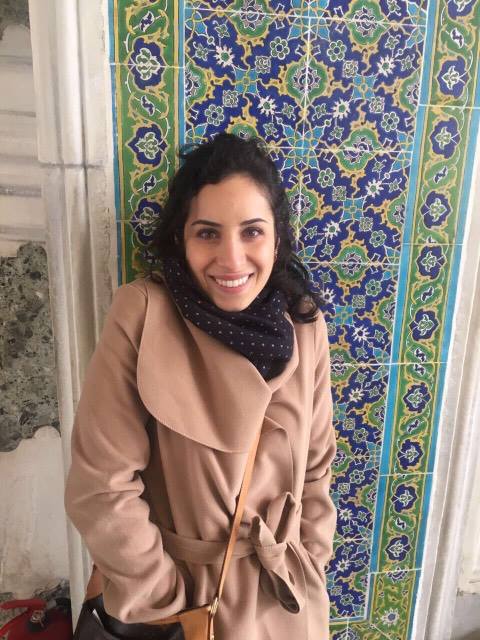 Diana Rayes is a global mental health researcher and public health professional, currently working for the Syrian American Medical Society (SAMS) in Turkey on a collaborative project with the Johns Hopkins Center for Humanitarian Health and the International Rescue Committee. Follow her on Twitter @diana_r7 . Her views are her own.

Posted in Refugees
← Post-Trump Stress Disorder (PTSD): Join a Survey on the ImpactI Am Your Psychiatrist, Not Your Sheikh →